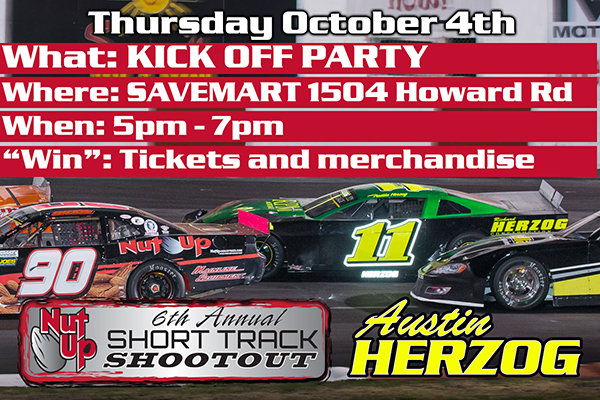 Herzog led much of the season before a broken rear end in August and a crash in September set him back into second in the points. The race on Saturday night is expected to be one of the largest in track history with 52 pre-entries.

Activities begin on Thursday night with the Nut Up Industries Kickoff Party at Savemart on Howard Road in Madera. Austin and his #11 Pro Late Model will be in attendance along with his teammate Anthony Guiamano and his F’Real #3g Pro Late Model. Race fans can get autographs and win great prizes including race tickets. The event runs from 5pm – 7pm.