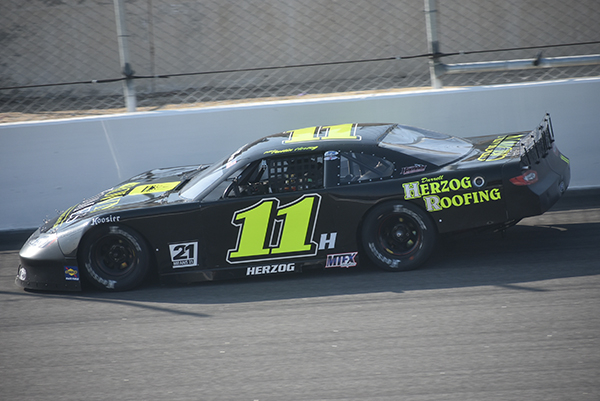 Herzog has had success in both events, notably qualifying third out of a prestigious field of Super Late Models in last year’s visit to Las Vegas Bullring.  The $10,000 to win, 150 lap race is one of the premier events in the Western United States on the 3/8ths mile speedway October 20th.

In 2018, Herzog competed at Kern County Raceway Park twice for Jefferson Pitts Racing.  In the Winter Showdown, Herzog finished 13th.  He returned in March for the NASCAR K&N Pro Series, West where he finished eighth.  The 2019 edition of the $30,000 to win classic is February 2nd at the half-mile state of the art facility in Bakersfield.

The Clovis High School student is in the midst of a great MAVTV-televised championship battle at Madera Speedway while also looking towards a future of traveling to larger races.  The events in Bakersfield and Las Vegas attract great media attention and fan and industry support, making them vital for Herzog’s young career.  Additional sponsors and supporters are needed to make the program a reality.