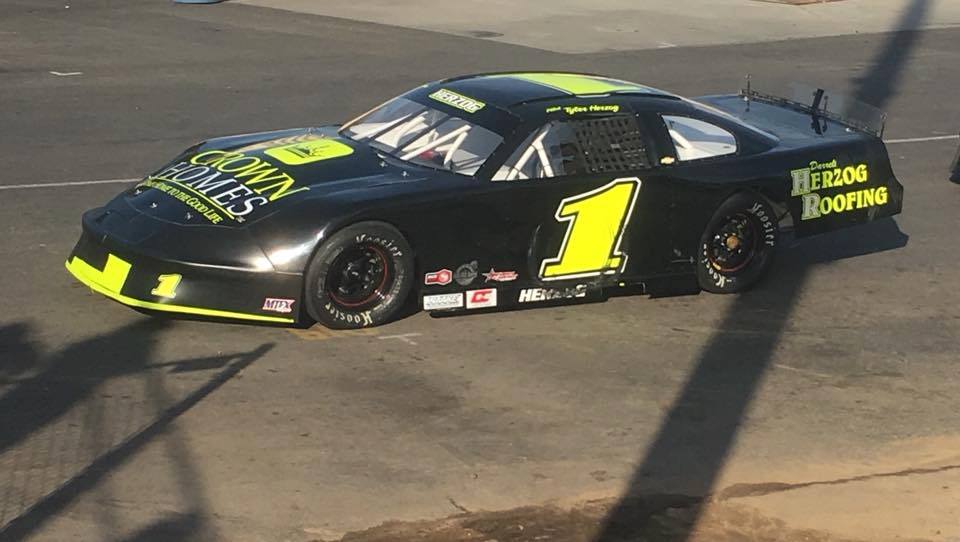 Herzog is a third-generation driver and this will be the first time a Herzog has competed at the speedway in San Bernardino, CA. The Open Late Model race is paired with the NASCAR K&N Pro Series, West. Race fans can view a live pay per view of the event through Low Budget TV or watch the MAVTV race broadcast at a later date. The event honors the late Greg Ross, whose son David Ross has competed at Madera Speedway among many other race tracks.

Herzog’s championship effort in the RPM Mortgage Pro Late Model Series has six races remaining. The next event on May 26th is the Military Tribute Night. Herzog intends to race for the 2018 championship at his home track, where his father Bryan was a championship contender in 2015. Herzog also aims to compete in additional NASCAR K&N Pro Series, West and Super Late Model races as well. His ARCA debut is on the checklist for a goal before the year is done as well. Potential partners are needed and encouraged to contact austinherzogmotorsports@gmail.com