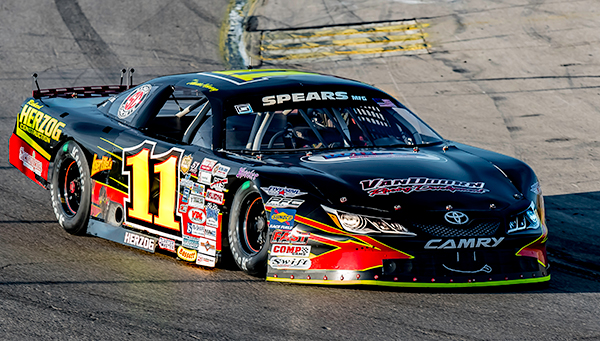 CLOVIS, CALIFORNIA (January 31, 2019) – Austin Herzog, age 16 from Clovis, CA, will open his 2019 season this weekend in the prestigious Winter Showdown 300 at Bakersfield’s Kern County Raceway Park. Austin will drive his #11 Toyota in Super Late Model racing’s richest event with a $150,000 purse on the line including $30,000 to win.

Race fans can keep up on the event by tuning into Speed51.com for live PPV coverage both Friday and Saturday. The event is also being taped for a later broadcast on MAVTV.

Herzog’s 2019 plans include running for the 2019 RPM Mortgage Pro Late Model Series championship at Madera Speedway, also televised on MAVTV. Austin Herzog Motorsports also intends on competing in other major regional events for both Pro Late Models and Super Late Models, with a complete such to be announced. Marketing partnerships are still available for the upcoming season as well.

His 2018 season included fast-time at the Las Vegas Bullring Fall Classic, a top-15 finish in the Winter Showdown, runner-up in the Madera Pro Late Model standings, and a victory at Orange Show Speedway.

Potential sponsors are encouraged to contact info@austinherzog.com for more information.