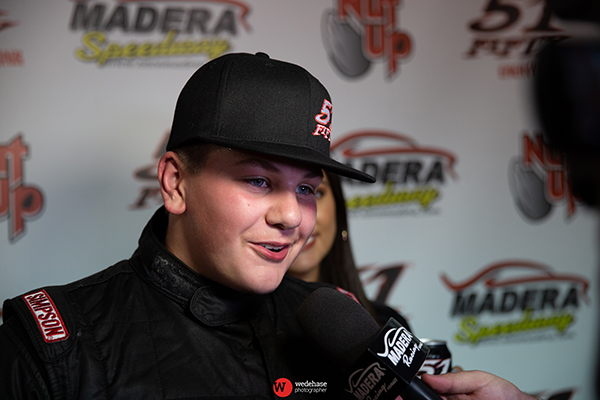 CLOVIS, CALIFORNIA (March 30, 2021) – Portland, Oregon’s Jadan Walbridge has joined Austin Herzog Motorsports for the April 3 and April 24 Nut Up Pro Late Model races, televised for MAVTV from Madera Speedway. Walbridge will drive the #11W Toyota Camry in the races which are also streamed on ShortTrackTV on YouTube. Photo by Jason Wedehase

“We excited to welcome a talented young driver to our team,” Bryan Herzog said. “We look forward to having a teammate for Austin in the Pro Late Models and challenging for wins.”

Austin Herzog is competing for the 2021 Madera Speedway Nut Up Pro Late Model title in the #11 Blaser Swisslube Toyota Camry. The third-generation driver is a 12-time winner at Madera in Late Model competition.