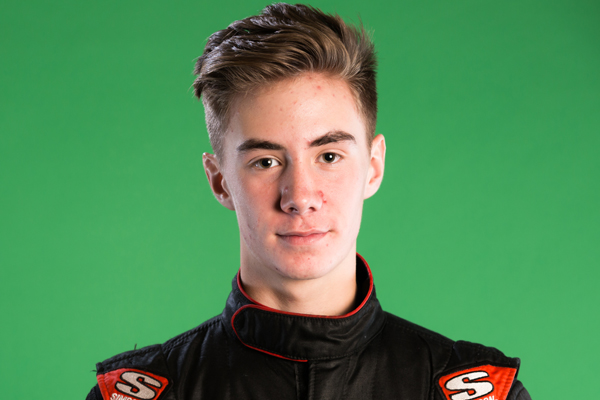 “This is a dream come true.  I’ve always looked up to the drivers in the K&N Series and its mind blowing to have someone like Kevin Harvick as a teammate,” Herzog said.  “I learned a lot from getting to watch Will (Rodgers) compete last year at Roseville as well.  I hope to be a great teammate for them.”

This will be Herzog’s second race with Jefferson Pitts Racing after competing with them in Kern Raceway’s Winter Showdown 300 Super Late Model race in February.  Herzog is a six-time winner in the Jr. Late Model Series at Madera Speedway and also won the Rookie of the Year in the Pro Late Model division at the speedway in 2017.  Both series were televised on MAVTV while his K&N debut in Bakersfield will be televised on NBCSN.

“I liked working with Jeff Jefferson and Jerry Pitts at the Winter Showdown.  They are very down to earth,” Herzog said.  “The team works well with young drivers.  I loved how they took my information each time I was on the track.”

Herzog’s efforts will begin with Wednesday’s testing, followed by practice, qualifying, and the Bakersfield 175 on Thursday evening.  The testing on Wednesday will be a big aide as Herzog approaches the tricky speedway and gets re-acclimated with the heavier K&N West cars.  Herzog has made one previous non-sanctioned steel bodied start in a 2017 race at Madera, finishing third.  Herzog is a third-generation driver with both his father Bryan and grandfather Richard racing in stock cars.

“Growing up watching my dad race, I never really thought of getting this far,” Herzog said.  “My main goal is to finish this race and go for a top-ten, then get everything in place for a full-time run in the series.  We are working hard every day to make that happen.”