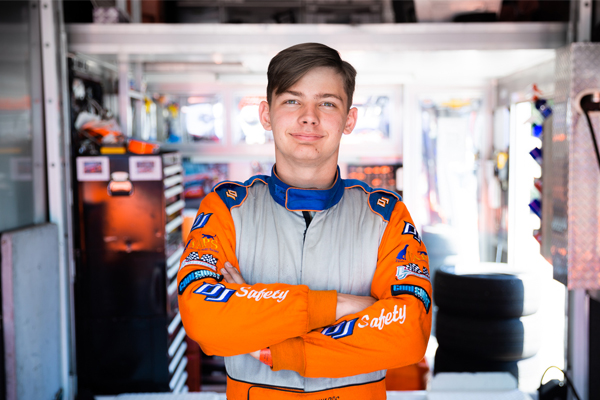 Edwards burst onto the scene in the inaugural 2016 season of the Jr. Late Models, winning the second race in series history in April of that year. Including that victory at age 11, the former Southwest Tour Truck and INEX Bandolero standout has accumulated 27 career starts with third place championship finishes in both 2016 and 2017. He has five total podium finishes over his career in the division.

Herzog is savoring the opportunity utilize his equipment to develop an up-and-coming talent while Edwards will get the opportunity to race outside of his family’s team. The combined team is eager to hit the track to show what they are capable of.

Austin Herzog Motorsports has fielded cars for other drivers in the past, with a best finish of second with Anthony Guaimano in last year’s season finale for the Jr. Late Models. Edward’s car will be powered by a 602 crate engine that is the most commonly used engine package for the series for drivers ages 10-16.

Edwards’ 2019 campaign included two Jr. Late Model starts and several appearances in Mazda Miatas on the road course. Herzog leads the Pro Late Model standings with one win and also has an additional win in the non-televised Madera Late Model series. He recently finished second in the SPEARS Southwest Tour race at Madera on June 8th.